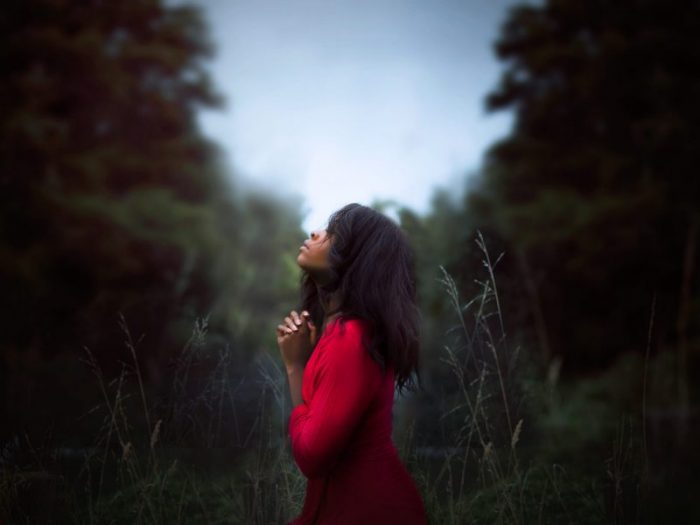 Hebrews 4:8-11
“For if Joshua had given them rest, God would not have spoken later about another day. There remains, then, a Sabbath-rest for the people of God; for anyone who enters God’s rest also rests from their works, just as God did from his. Let us, therefore, make every effort to enter that rest, so that no one will perish by following their example of disobedience.”

Luke 8:40-48
“Now when Jesus returned, a crowd welcomed him, for they were all expecting him. Then a man named Jairus, a synagogue leader, came and fell at Jesus’ feet, pleading with him to come to his house because his only daughter, a girl of about twelve, was dying. As Jesus was on his way, the crowds almost crushed him. And a woman was there who had been subject to bleeding for twelve years, but no one could heal her. She came up behind him and touched the edge of his cloak, and immediately her bleeding stopped. “Who touched me?” Jesus asked. When they all denied it, Peter said, “Master, the people are crowding and pressing against you.” But Jesus said, “Someone touched me; I know that power has gone out from me.” Then the woman, seeing that she could not go unnoticed, came trembling and fell at his feet. In the presence of all the people, she told why she had touched him and how she had been instantly healed. Then he said to her, “Daughter, your faith has healed you. Go in peace.””

One of the things I’ve been aware of recently is the need to ‘rest’ in Jesus and ‘rest’ with Jesus: to live life from this place of rest with him, and live life as an external outworking of being with God. (Brother Lawrence wrote a book called ‘Practicing the Presence of God’ in the 17th Century, which is about living in this place with Jesus. If you haven’t read it, check it out).

At Drop In, and in life in general, there are many pressures and demands placed on us, and these can very easily become allowed to dictate what we do and when we do them. We end up responding and reacting to these external pressures.

Don’t get me wrong, sometimes these pressures and demands are well meaning or well intended, sometimes even good, but sometimes the ‘good’ can get in the way of the ‘best’.

The problem with living in response to external pressures is that they start to dictate what we do, or we live as a slave to them, and we miss what the Holy Spirit is up to and doing in us, around us and through us in our daily lives.

I’ve found there are times where I’ve needed to listen to someone’s demand on me, but then allow them to sit in an uncomfortable space as I choose not to allow their demand to influence me. This does require me to make a decision to choose not to respond to their need. But this is because I’m wanting to respond to something else: ‘What is God up to in this situation?”.

When it comes to following Jesus, there are many specific times where choosing Him requires saying no to something else, and this isn’t limited to when others make demands on our time. One area that this is easily seen is where the Gospels record that Jesus ‘often withdrew’ to spend time with his Dad. (The first time this happened, Jesus’ disciples, after they found him, said “Where have you been? Everyone is looking for you?” Jesus’ response was, “Let’s go somewhere else, (it’s time to move on) because that’s why I came”. (Mark 1:35-39))

In Luke 8:40-48, Jesus responds to an act of faith that cut across and disrupted what he was in the middle of: something so subtle that no-one else was even aware of it.

Jesus was in the middle of responding to a call from a desperate father, who’d asked him to come and heal his daughter, when in amongst an entire crowd of people pushing in on Him, a woman who’d suffered for many years with a physical issue touched Him. Jesus was aware that power (the Holy Spirit) had gone out through Him and healed the woman, and He was aware that this moment took priority over everything else that was happening at that time.

In that moment, He abandoned the original situation to deal with a new situation: He recognised that right here, right now, that this was the moment the Holy Spirit was up to something. The other ‘pressing moment’ could wait.

I can almost feel the desperation of the father of the sick and dying girl rise in him as he sees Jesus stop and start to address the crowd with a question like ‘who touched me?’, I can imagine him thinking ‘who cares? Let’s go!’.

Jesus is the Prince of Peace, so by entering into this ‘rest’, we’re both choosing Jesus, and entering in to Him, as well as Him giving us rest and peace.

In certain times, this will mean internally stepping back from a situation to see what God is saying or doing. Other times it’ll mean physically stepping away to see what God is up to. And yes, at times following what the Holy Spirit is up to will upset people as it also means allowing ourselves be distracted by Him, or taken way off course as we follow Him, but the reward is so so so worth it. Because it’s Him!

Pour Out Your Heart… to God